Explore the Worlds Waterfront in 360

Lake of the Pines

Discover your next vacation 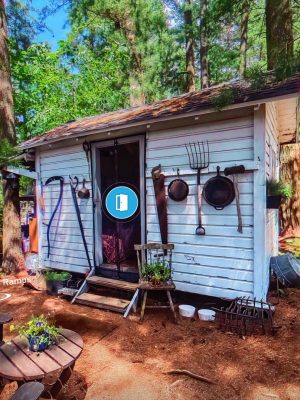 Receive occasional emails of the coolest waterfront vacation rentals around.

Discover your next vacation home

A small private nearby lake called Pleasant lake is surrounded by camps and houses.

Catspaw lake is in the Adirondack Park and does not have any houses or camps on it.  The APA claims to have a designated campsite on the lake.

WEATHER CONDITIONS: Brantingham enjoys time within each of the 4 seasons, Summer, Fall, Winter, and Spring.  Temperatures in the summer average in the mid to high 70’s and can get up to the 90’s Farenheight at times.   Winters can be quite frigid at temperatures well below 0 but averaging in the mid to high 20’s.  Brantingham gets an average snowfall of 200 inches per year.  The cold weather and proximity to lake effect snow make it an ideal location for those who enjoy the snow such as snowmobilers and skiers.  Summers welcome a variety of water and boating activities as well as Mountain Biking, ATV riding, hiking, and Horseback riding.

WILDLIFE:  In the summer the Brantingham Lakes are home to several Loons, Cormorants, Ducks, Turkeys, Geese, Seagulls, Robins, Bluejays, Chickadees, and hummingbirds.   Occasional sightings of Bald Eagles and Blue Herrin’s are recorded.  Red, Grey Squirrels and Chipmunks are commonly found scurrying up and down trees.   Black Bears have been known to ransack garbage containers in the night but are rarely seen during the day.   Deer are common in the area and there is a hunting season to help keep populations down.  There are also Fox, Beavers, Mink, and Racoons found in the area.

RECREATION:  In the summer Brantingham is a hot tourist area for ATV and UTV riders.  The area boasts some the the best riding trails in New England and is host to the local ATV club the Turin Ridge Riders.   Their website is: TURIN RIDGE RIDERS

A trail permit is required to ride the local trails.  They can be purchased on the Turin Ridge Riders website as well as in person at Kovach Repair in Brantingham.   Kovach Repair does not have a website but their facebook page is:  KOVACH REPAIR

Just outside Brantingham is the motocross race track called High Voltage  MX.  They do not have a website but you can find news and updates on their facebook page: HIGH VOLTAGE MX

BOATING:  Brantingahm Lake is the only lake that allows motorized vehicles.  Lake of the Pines has its own committee of its residents and is considered a private lake with no access to non residents.   Pleasant Lake is considered a public lake and allows kayaks or other non motorized water crafts but you will need to find access through a resident on the lake or through CAMP ALDERSGATE, a Christian summer camp and retreat.
Catspaw lake does not allow motorized vehicles.

Free to list and for a limited time we are doing free 360 tours of select properties.

Leave a message. We'll get right back to you.